You are here: Home / Cycling Tips and How-Tos / How to Use Strava for Cycling
Pin
Share
Tweet

Strava is a great, free app used by millions of cyclists around the world to record their bike rides, plan routes, and virtually compete against themselves and against other cyclists. It is also an amazing app in terms of all the data it collects about your rides. And apart from being a mine of information for you, there is one other reason to use Strava: by doing so, you help with real world data collection about where cyclists ride, helping to create a vast database that will ultimately make cycling safer for all. So here is a post about how to use Strava for cycling.


Why Would You Use Strava?

Note: You don’t HAVE to have a Garmin. You can use the Strava app on your iPhone without a Garmin. And Blackberry users can log rides to strava using GPS Logger II, since no official strava app is available.

Related content: How to Create a Route on Strava and Follow it on Your Phone or Garmin Edge Bike Computer

There’s a very good reason for ALL cyclists to use Strava, every time we ride – even for very short rides. The reason is data collection.

About half of Strava users track their daily commutes. And 50 to 70 percent of rides uploaded to Strava are commutes. However, we should all be using Strava because of Strava’s global Metro program. Every time you record a bike ride on Strava, you are contributing to the Strava Metro dataset. As Strava points out:

“It’s a way for you to vote with your ride or run for better cycling and pedestrian infrastructure in your community.”

Strava’s Metro program has used the data from recorded rides to create global heat maps of where real people actually cycle. Strava has made this information available to the public, and it can be used by transportation planners and cycling advocates to gain knowledge of the real needs that cyclists have.

The Strava community is made up of all types of cyclists. Some perceive Strava as a tool for elite cyclists, but surveys have shown that most Strava cyclists do not refer to themselves as competitive.  In fact, Strava Metro data gives great insight into the needs of those riding for transportation only.

A high-resolution visualization of Strava activity data is available for use for free by cycling advocacy groups and the general public at Strava Labs.

You can plan your route using http://www.strava.com/routes. This is a great way to look for routes that other cyclists use.

For example, after moving to a new city, it took me weeks of experimenting and hours of poring over maps to find the best route to get to work. Before I found it, I was ready to give up bike commuting, because the BC Parkway route I was using was so stressful and dangerous that I started dreading it. The alternative route, the Central Valley Greenway, was better most of the way, but also had some parts that I just cannot face every day – like Winston Road, and Columbia Street. I feel like if I cycled those every single day, sooner or later my luck would give out and a speeding truck would run me down.

If I had known about Strava heat maps, I believe I would have figured out my current route a lot sooner. Assuming of course that someone who uses it had been recording with Strava. Now I am recording it, so hopefully that will help other local users to find this safer route.

Of course, there is Google Bike Maps, but I find Google often makes completely ridiculous suggestions – suggesting routes that are basically suicidal. By contrast, routes used by real live people are likely to be much more sensible and safe.

If you want to create your own custom routes, see my post on how to create routes with Strava and then follow them using your smart phone or your Garmin Edge bike computer.

Critics have pointed out that Strava data cannot be comprehensive. For example, low income people are less likely to ride with smart phones and Strava. However, no body of knowledge can be complete any more – information is just growing too fast. At least Strava does have a whole lot of data about real cyclists, and I am 100% behind helping with that. Since I found out about Strava’s Metro project, I have been trying to remember to record every bike ride, even the very short ones. They all count. They can all help towards a future where anyone can go anywhere in safety on a bike. My idea of heaven.

Track your bike rides on Strava to help make cities better for #cyclists.

How to Use Strava to Record Bike Rides

It’s really simple. Download the app from the App Store on your phone. Open an online Strava account (where you can review your data). When you go on a bike ride, press the Record button to start. Make sure it has started counting time. There is a giant timer, so it is really clear when Strava has started recording. Complte your ride. Once Strava is running, there will be a green strip at the top of your phone face. You can press that green strip at any time to quickly get to the Strava app.

Once you are done with your ride, go to your Strava app on your phone. Press the stop recording button, and then press the button next to it that looks like a race finish flag. You will see the app saving the ride. At this point, you can give it a name, or it will just default to something like “Morning Ride.” After that, you can change its name, if you want. Afterwards, you get to review the ride on your phone, and also on the Strava website. If you go to the Strava website, you can get a overview of all your activities (or of the activities of anyone you choose to follow).

From there, you can click on each activity to go into more depth on it. For example, you can get the basic overview that has the details of the route, and how your time compares with others for various segments.

With Strava’s latest upgrades, you can also drill down into an analysis of your speed and estimated power output (without using a power meter).

How to Use Strava with Your Apple Watch

You can control the Strava app from your Apple Watch very easily. Simply add it as an app on the Apple Watch settings on your iPhone. It will then be accessible as one of the apps on your Apple Watch. For cyclists, this can be very handy, because you can start and stop Strava on your watch, while leaving your phone safely inside your pannier. And this way of using Strava has one big bonus: it means that Strava will also integrate your heart rate records, as recorded by your Apple watch’s built-in optical heart rate monitor. If you have Strava premium, you can then analyze your heart rate records and your Stress Score on Strava.com. The watch-screen-shots below show somes of what your Apple watch tells you via Strava. For example, on the left is the instant summary you get on your Apple watch after you Finish the ride on the Strava app. On the right, you see the instant reading you get on your Apple watch Strava app during the ride (I actually took this while walking, hence the slow average time).

How to Use Strava with an Activity Tracker

Note that you can also use Strava direct from your new Fitbit Blaze activity tracker (if you have one). Here’s a post about how easily and efficiently the Fitbit Blaze measures your bike rides, and then automatically uploads them to your Strava account. So with this, you can contribute to the Strava mapping process without even learning how to use the app!

All in all, Strava is a great app to use, and it’s free, and you get to contribute to a vast global database of cycling routes. What’s not to like? 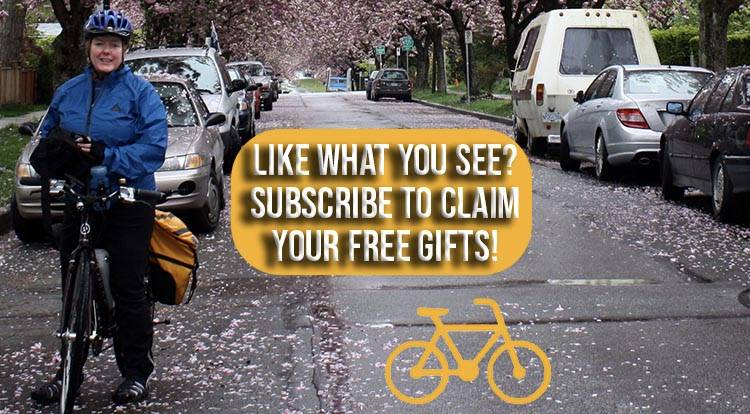