You are here: Home / Bike Advocacy / Sustainable transportation on the rise in Canada, with cycling leading the way
Pin
Share
Tweet

The 2016 Stats Canada Census data released on Wednesday shows that nearly one in three commuters in the census metropolitan areas of Toronto, Montreal and Vancouver use sustainable transportation, that is, they used public transit, walked, cycled or carpooled. 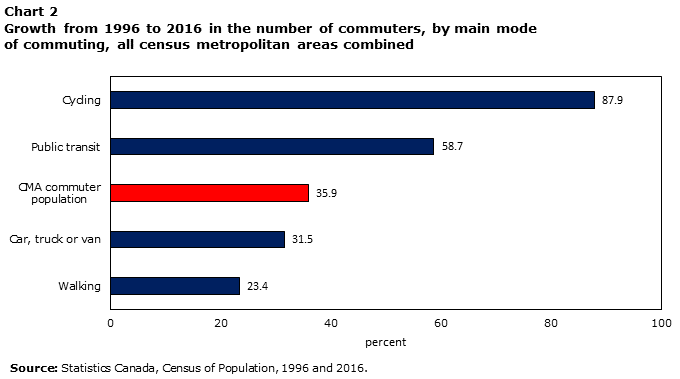 The Commercial/Strathcona/Mt. Pleasant neighbourhood in Vancouver led the way with primary cycling mode shares of 15-20%.

This information is from a HUB Cycling Press Release

HUB Cycling supports initiatives across Metro Vancouver to build and expand Vancouver’s cycling network with low-stress, high quality routes for people of all ages and abilities. To learn more about HUB Cycling’s work to #ungapthemap in order to encourage even more people to cycle for transportation, visit bikehub.ca.