Last night, Torontonians voted for cars and against bicycles, electing Rob Ford in a landslide as their mayor. Toronto cyclists now fear for the future of their bike lanes. The aptly named Ford is on record as being anti-bike, and is one of those strange human beings who STILL don’t get the need for green thinking. 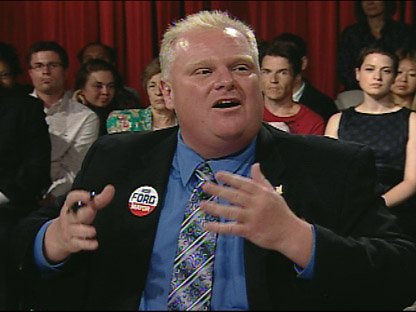 Some might say, unkindly, that given the looks of him, Rob Ford does not need to worry about the future of the planet, as he’s not going to see much of it.  However, I think he just doesn’t care – from what I have seen of the video where Ford raves about bikes, it is all about the power for him. Watch for his most infamous line, quoted in the graphic below: 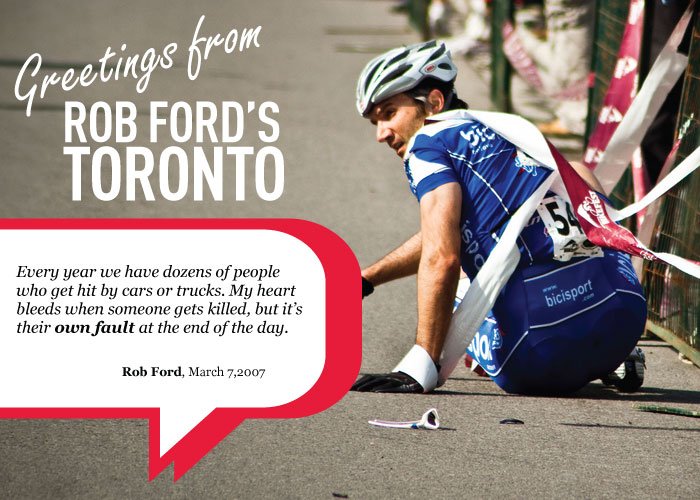 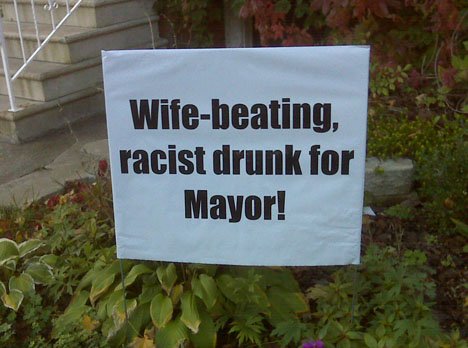 Lloyd Alter laments that the election of Rob Ford means that cyclists have lost their “war on the car.”

I have to respectfully disagree with that sentiment. First of all, if this was a war, then this is only a battle lost, not the entire war. Second of all, I think that’s the wrong metaphor. We cannot wage a war on the car. Because if we do, we are waging a war on motorists, and they hugely outnumber us!

It’s amusing to see that one of the commentators on Alter’s article actually seems to think she IS a car, as she takes “war on the car” to mean a war on her! While most people would not go quite that far, the reality is that motorists will fight for their right to drive. That’s understandable.

So I don’t want to frame it as an (unwinnable) war. I’d rather see it as an evolutionary process. As more and more people realize that the planet cannot sustain the kind of environmental lunacy that is typified by one tiny person transporting herself  in a 5,700 pound car (as in the case of the woman who killed cyclist Nancy Pettigrew and didn’t even notice), more and more people will start to consider alternative transportation.

Already we have an upcoming generation where not everyone sees learning to drive as an inevitable rite of passage. And as fuel supplies get lower, and the climate changes and polar ice caps continue to melt, and weather patterns become more erratic, the currently very slow movement towards greener choices will speed up, IMHO. Hope to hell I’m right …

In the meantime, my sincere condolences to Toronto cyclists. Makes me appreciate Gregor all the more!