The global organization World Bicycle Relief partnered with pro cyclist Lachlan Morton, his team EF Education-EasyPost, Rapha and Cannondale to deliver 156 bicycles to a rural community in Cordoba, Colombia. Funds to pay for the bicycles were raised through Lachlan’s on-going fundraising campaign known as the “Alt Tour”.

Two schools in the San Pelayo municipality of the Mid-Sinu community received 156 Buffalo Bicycles on May 19 and 20th, thanks to a partnership with EF Pro Cycling, Rapha, and Lachlan. Lachlan’s global supporter base, known as “dot watchers,” grew Morton’s fundraiser for World Bicycle Relief during his Alt Tour last July, when he completed the Tour de France route fully self-supported. 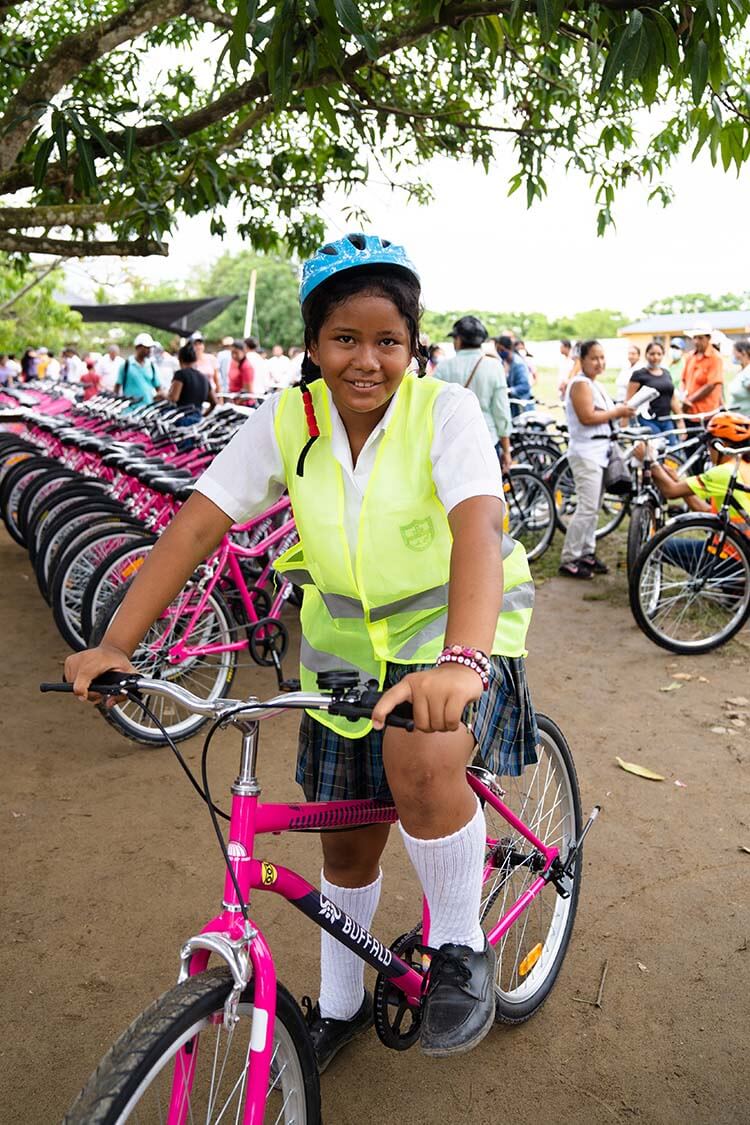 These initial bicycles distributed represent just a portion of the $760,000+ raised as Morton rode every stage and transfer of the Tour de France, covering a distance of 5,500 km in just 18 days—beating the peloton to Paris. In addition, a prize draw for the Cannondale bike used by Lachlan on the Alt Tour raised an additional $31,000 for World Bicycle Relief.

A further 304 bicycles funded through the Alt Tour were delivered to students in Colombia this week. The remainder of the funds will be used to mobilize thousands of students throughout World Bicycle Relief’s programs in Colombia as well as Kenya, Malawi, Zambia and Zimbabwe. 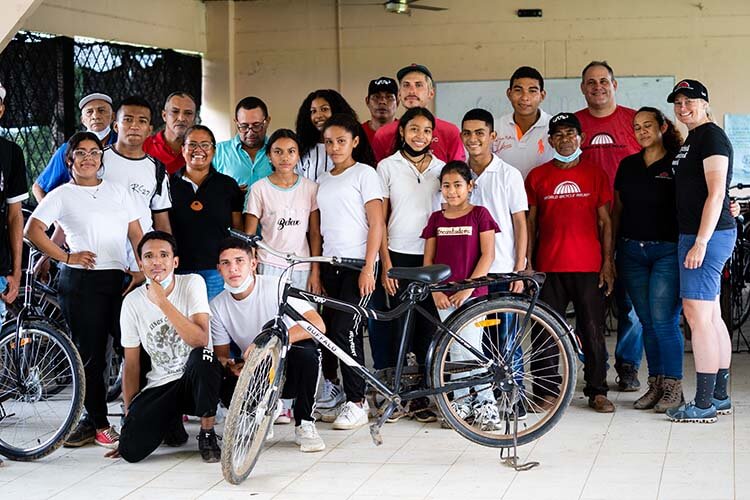 “When you can provide a bike—access to transportation—in a situation where it can really be life changing, that is an incredibly rewarding thing to be a part of,” Lachlan says. “I am also interested to see, on the community level or the broader scale, the impact that bikes can have on a community.”

Morton and World Bicycle Relief have helped to empower thousands of people without access to transportation. Recent research shows that when students are coupled with a reliable bicycle, they are 19% more likely to complete their education.

Andrew Wright, World Bicycle Relief Country Director, Colombia, said: “It is a privilege to witness a bicycle distribution, especially with Lachlan. You immediately see the power and energy of Colombian youth, and when partnered with a reliable bicycle and sturdy means of transportation, positive change follows. Add Lachlan’s mentorship and giving spirit—it’s one of our best days.”

These purpose-designed bicycles are built to withstand the challenging terrain and conditions in low-income, rural areas around the world. In areas where transportation options are limited, a bike is a life-changing tool that helps individuals transform their futures.

EF Education First is an international education company that focuses on language, academics and cultural experience. Founded in 1965, EF has more than 580 offices and schools in over 50 countries. Moved by the powerful way cycling unites people of diverse backgrounds in a peaceful, fun, and friendly way to achieve extraordinary athletic feats, EF entered professional cycling in 2018 to help spread its mission of “opening the world through education.”