I recently spoke with Reza Pakravan, author of Kapp to Cape: Never Look Back: Race to the End of the Earth. This book is a thrilling and inspiring account of two men achieving an almost incredible bike ride.

Reza gave up his job in London’s finance world for something completely different, on a quest to find purpose in his life. He and his friend Steven Pawley cycled one of the longest continuous routes on the planet from Nordkapp, Norway to Cape Town, South Africa, in just 102 grueling days. Conditions along the way were often life threatening, including political unrest, harsh terrain, blistering heat, malaria, and wild animals. They were encouraged along the way by acts of kindness, and continued against all odds with utter determination. They raised £70,000 for the construction of five schools in Madagascar. The book tells the story of an invigorating and uplifting journey of self-discovery. Talking to Reza, I learned more about how a person can transform from an office worker to a full-time adventurer!

Joe: I was fascinated by your interest in world record attempts. Could you share what motivated you to go after a really tough world record, such as your 100-day trip from Kapp to Cape?

Reza: I wanted to make a career leap into adventure television. I needed to go really big to prove to myself that I could do it. And also prove to people who might take a chance on me that I am a doer. To prove to myself what I can do. If I could get to Cape Town on a bike in 100 days, then I would have leapt way beyond my limits. I was not a race-level cyclist, I was just a normal office worker. It took a couple of years. I prepared myself to be able to achieve those distances.

Joe: One of the things that fascinated me is I read that when you were almost done your training, you were hit by a car on a ride from Paris to Rome. You suffered a serious leg injury that snapped a tendon. This would have been the end of the dream for most people. How did you keep going? 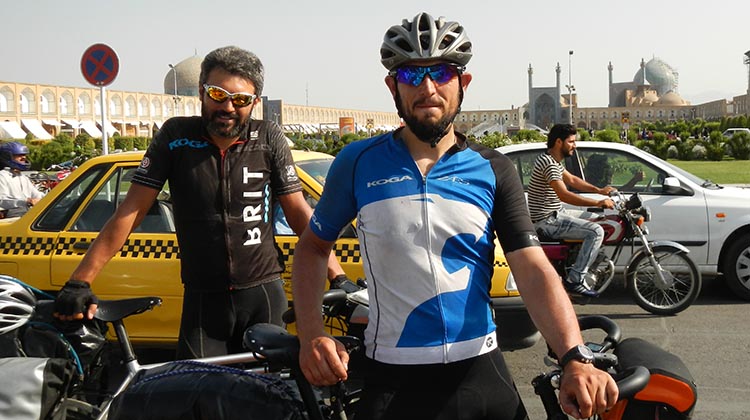 Reza: Once I made the decision, there wasn’t any way back for me. I was not willing to tolerate my previous life any more. I had this vision that I really wanted to have a career in adventure and make a living out of it. I wanted it so badly that the accident was a setback, but it was not something big enough to make me give up on my dreams.

Joe: You put your body through extremes that sounded like they could have killed you, but you always came back. What was that like? Each day’s cycling was equivalent to a stage of the Tour de France, but the total distance was equivalent to seven Tours de France. What does it do to your body to cycle almost 200 km per day for 100 days? 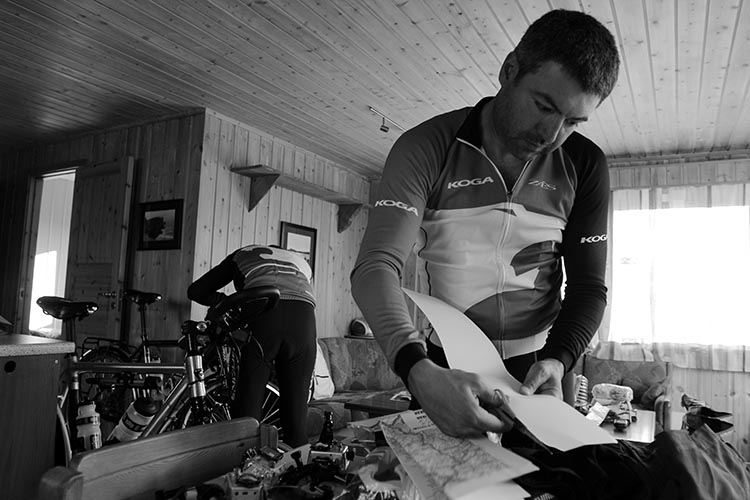 Reza: You get used to it, like anything else. It’s amazing how the human body functions. Hitting that distance on a daily basis was a big deal, but the physicality is not the main thing. The mental strength drives the physicality. I lost a huge amount of weight. I was 85 kilos at the beginning; by the time I got to Cape Town I was 70 kilos. So I lost 15 kilos in a hundred days. I was really lean; I lost all my fat reserves. Physically it was tough, but the mental challenge was the big thing. Waking up every day, opening the tent, seeing the pouring rain, having to make yourself get out of bed, put your wet clothes back on, and just press on. That was a mental challenge that went way beyond the physical challenge.

Joe: What kept you going through all this? 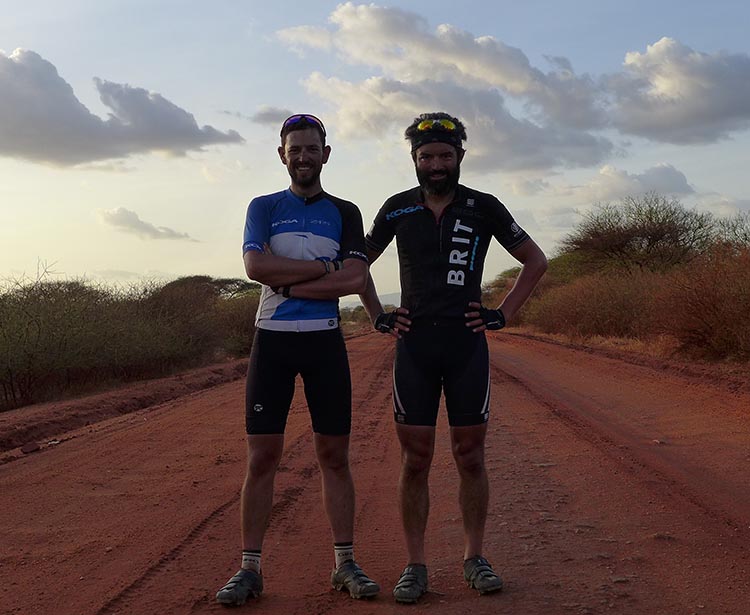 Reza: When you want something really badly, you just go and do it. Nothing can stop you. You do everything you can to get there.

Joe: Apart from the physical challenges, there were also challenges with travelling through some dangerous countries. I read that your fellow cyclist was not happy about cycling through Egypt at that time. I would have felt the same. And then there was all that stress in Russia, and puncture after puncture, when Steve was close to packing it in.

Reza: Looking back on it, I can sympathize with Steve. He did not have the single mindedness I did. I just wanted one thing, to get to Cape Town within a hundred days and break this record. At that time, all that mattered was to achieve that record. Egypt, unrest, nothing could stop me from riding. I just focused on that goal of getting to CT in one day. Eventually we became a very solid team. 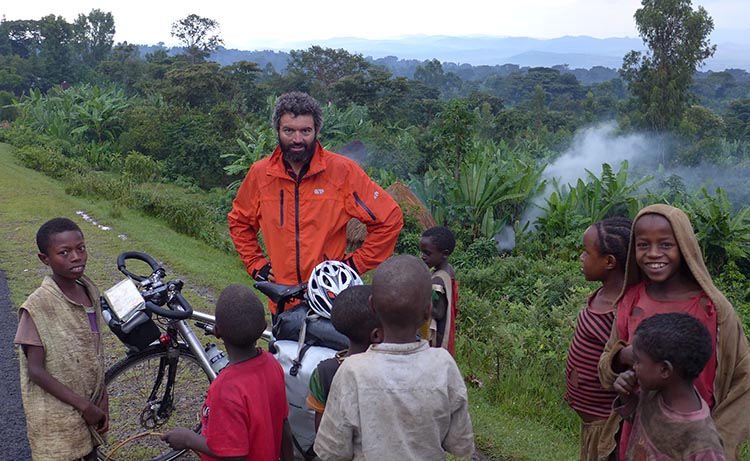 Joe: Do you have any advice for people who are dreaming of a big adventure, but might not know how to achieve it, or might be afraid to start?

To become an adventurer, you have to become a master of uncertainty

Reza: To start small. If you really want to go big, you have to start small, and build up little by little. I broke my career and started a new one. They say that when you are a long-distance cyclist, you have to become a student of pain. Going on an adventure, you have to become a master of uncertainty. You have to be able to deal with whatever your adventure throws at you. Across the world, we came across so many unexpected circumstances. We had meticulous planning, our logistics were seamless. But with all of that, still places like Ethiopia and Russia just threw everything at us, and made our lives so difficult. I didn’t expect to get malaria, I didn’t expect to get heat stroke; all of these things were completely unexpected. 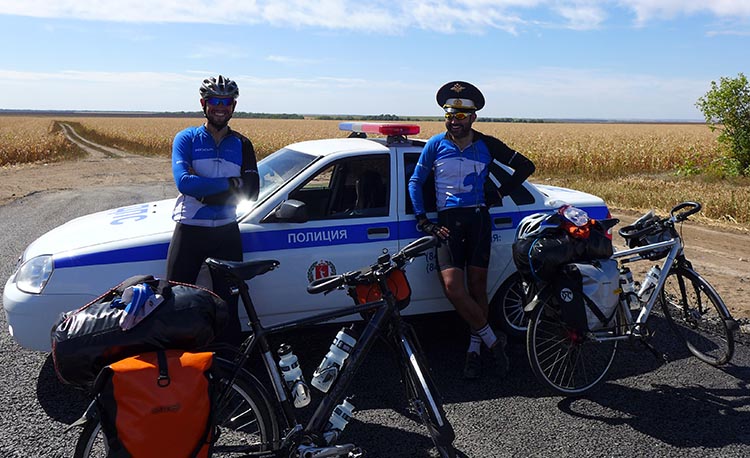 Joe: You finished your trip in Cape Town, South Africa, which is my home town, so I know very well how stunningly beautiful it is. What was it like arriving in Cape Town?

Reza: Heaven! It was absolute heaven. That beauty. Obviously, the adrenaline was pumping. Bu when you arrive in Camps Bay, that beauty, that beach was absolutely amazing. the finish line was just incredible. It was probably one of the best evenings I ever had in my whole life. 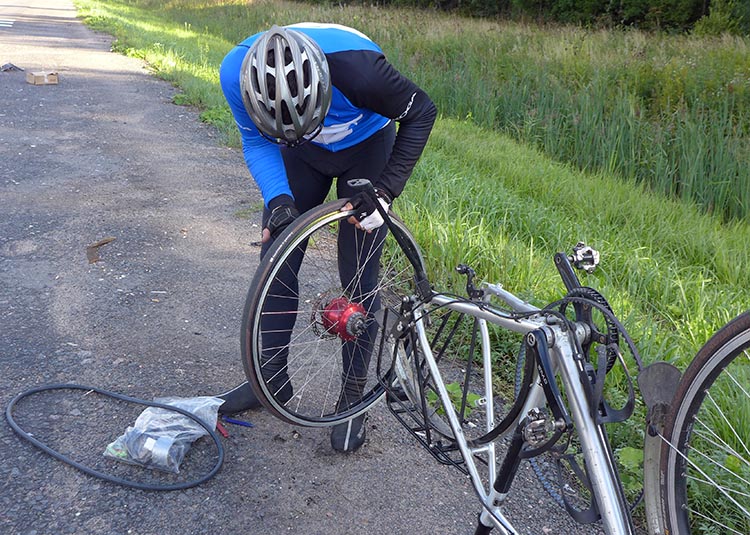 Joe: You made a movie of this epic adventure – where can readers find the movie?

Reza: It has been broadcast in different countries, and it can also be found as a DVD on Amazon. 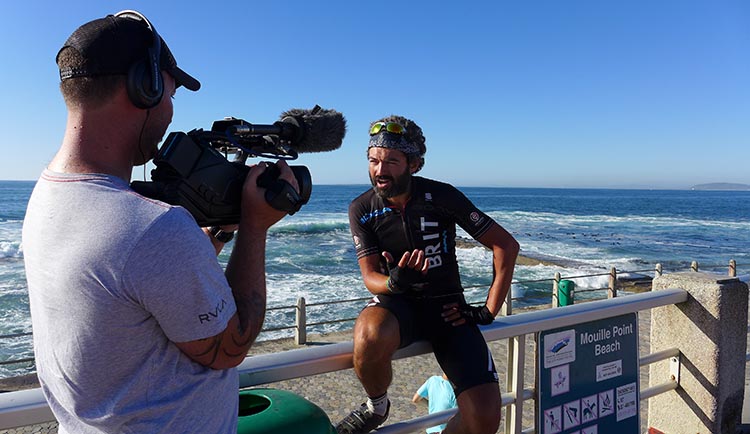 Find out all about Reza’s book!

Kapp to Cape: Never Look Back: Race to the End of the Earth
By Reza Pakravan