You are here: Home / Bike Commuting / Bike maintenance / Inspirational Video: How to Fix a Bike Flat – with No Hands
Pin
Share
Tweet

Here is an almost unbelievable video. I am ashamed to admit that it took me a long time to learn to fix a bike flat. I still find it hard, even with two fully functional hands. This man, however, fixes a bike flat very quickly, despite the fact that he has no hands at all. Watch this video to get inspired!

This is Hector Picard, a motivational speaker and the world’s first double arm amputee IronMan. Years ago, he cycled 3,050 miles in 36 days across the USA to raise money for a baby’s future prosthetic arms. The fund raiser was called “Hands for Baby Jameson.” It raised more than $20,000. Picard promised Jameson’s parents that he would teach their how to change a tire without hands, just as he does in this video.

This video reminded me so strongly of my late father. My father only had one hand, yet he did everything so well that very often people did not even notice. He rode bikes, became a respected athlete, and just generally had an average Joe life. I remember watching him drive the family car, which was stick, while holding a live pigeon in his only hand (he loved pigeons, and I guess we were taking it somewhere). I am pretty sure I could not drive stick and simultaneously carry a wriggling pigeon, even with my two hands.

I was my father’s first-born child, and he told me that he cried with joy when I was born, simply because I had two hands. He had spent the entire pregnancy worrying that his child would also have only one hand. Yet having grown up with the constant example of seeing that a “disability” can be overcome, and need not disable you at all, I think I would probably have done just fine. With that particular disability, anyway – obviously, there are much more serious disabilities that make it impossible to live without help and support.

People Who Inspire Us

I know that some disabled activists argue that we should not promote the idea of what they refer to as the “supercrip” – they argue that they do not want to be “someone’s inspiration.” However, we promote the idea of the “super-noncrip” all the time. We are constantly inspired by average people who do extraordinary things, within the constraints imposed purely by being human. For example, I am awed by people who can do this on a bike!

Picard wants the world to see how incredibly well he copes with the physical challenges of life – better than most able-bodied people. I admire him, just as I also admire able-bodied people who do amazing, mind-blowing things within their limitations (whatever they are, and we all have them to a greater or lesser degree).

Much as my father did, this man inspires me to strive to be more than I have been and all that I can be.

Related: How to keep your bike chain clean and lubed in 7 easy steps 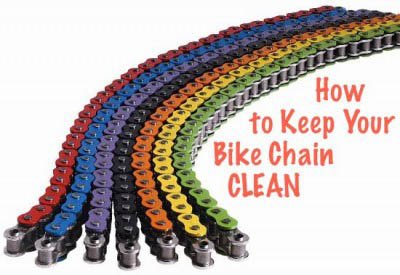 And: the Basics of Bike Maintenance.