You are here: Home / Cycling and Fitness / Bike Training / Yes we can! Inspiration and advice to get cycling fit and do a gran fondo
Pin
Share
Tweet

Because of issues like age, knees, and weight, I  got to the point about a year ago where I gave up. I thought that one of these gran fondos (which just means a big ride) – was just not in my future. Especially because I have carried around quite a few extra pounds for most of my life, and it looks like I will carry it all the way to my grave.

Then a couple of things happened:

First, I did a lot of interviews with people who have done the Ride to Conquer Cancer, and they all emphasized how much support cyclists get on the Ride. I even did an interview with Matt Fenrich, who was bed-ridden due to cancer three years ago, but did the BC Ride to Conquer Cancer this year. That was immensely inspiring.

Then I found this photo of my wife Maggie, when she had simply fallen over after cycling 40 miles in one day. I remembered how when this photo was taken, she had just finished recovering from back surgery. During that period she fell off her bike a few times, and just kept laughing it off, getting back on, and pedaling some more. Her strength is a constant inspiration to me.

So then I moved on to, “Why the hell not?” I went online and almost immediately found a blog post by someone who calls herself Fat Broad on a Bike. The post was about her first century ride. Which she did all alone, but she did it. And that made me think, if she can do it, why not me?

I discussed this with Maggie, and she pointed out that I have absorbed the societal message that if one has some extra weight, then a whole lot of doors are just CLOSED. And that’s just wrong.

Doors are not closed to me; I am simply afraid to walk through them.

So basically I decided it is the same as when I learned to scuba dive when I was 50. I wanted to learn to scuba dive ever since I was a teenager snorkeling alone in the Indian Ocean. But life got in the way, and I had given up on that dream, thinking I was too old. Then I met a woman who learned to scuba dive at the age of 60. So I thought, “Why the hell not?” and went ahead and did it. Not only did it, but did it on a boat on the Great Barrier Reef.

Maggie and I did it together, and we were more than twice the age of the other people in our beginners’ scuba course. And then, just because we were there, we did an adventure diver course as well, which included a 100-foot deep dive, and a night dive with sharks. It was scary as hell, but I am so glad we did it. And we had some experiences that were just incredibly awesome too. And of course, we got bragging rights 🙂

All in all, I just decided that regardless of whether I can lose the extra 50 or 60 pounds I carry around (I’ve lost count, and have no idea how many are extra and how many are just me – it’s possible that all of them are just me), I am still going to make an iron-clad commitment to do the Ride to Conquer Cancer next year.

I plan to put my money on the table and register for the Ride to Conquer Cancer as soon as possible. So on Saturday Maggie and I did a 25 km training ride around Vancouver and Stanley Park.  Our first training ride, and we plan to do one every weekend (except when grandchild babysitting gets in the way). And I have started doing a couple of one-minute all-out intervals on my bike commute, too (researchers say that intervals help immensely to get fitter faster).

So I am on my way, and re-reading my own posts to remember how to get cycling fit! On that note, here are our most popular posts for inspiration and advice to get cycling fit and maybe even do a gran fondo or a crit. Check them out! 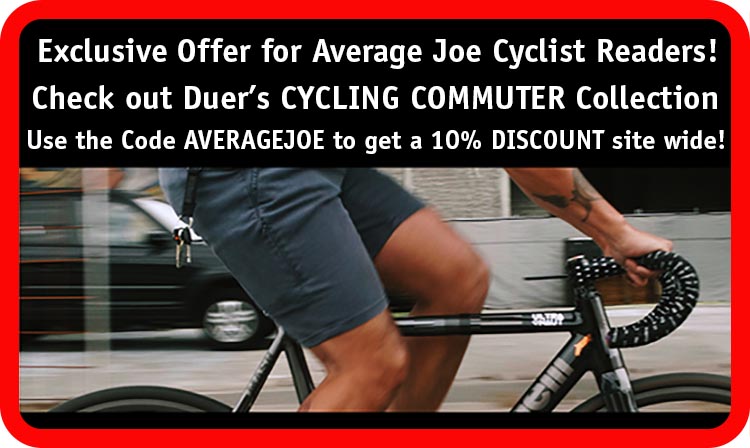 Thanks to Kevin Manders, who inspired me to write this post!