This post compares the Garmin Edge 130 Plus vs Bryton Rider 15 Neo – the entry-level bike computers offered by two of the giants of the industry, Garmin and Bryton Rider. Do you want to take your cycling to the next level, but you don’t want to spend hundreds of dollars? This post has two potentially awesome solutions for you. Bryton is an up and coming bike computer developer that is becoming a very serious competitor with Garmin – at much lower price points. Use our comparative chart to see if the much cheaper bike computer would work for you!

Garmin Edge 130 Plus vs Bryton Rider 15 Neo – Which is the Best for Beginner Cyclists Ready to Move to the Next Level?

Let’s say you are ready to get serious about your cycling, and make some substantial improvements to your performance. To achieve that goal, you want to start recording data, competing online, and hooking up a variety of sensors, such as speed and cadence sensors, and a heart rate monitor. Maybe even do some marathon rides, relying on route guidance.

To do all that, you have to get a bike computer that will get the job done. Usually these cost hundreds of dollars. But both of the computers in this post will get it done for a lot less.

In fact, both of these bike computers are excellent, but the Bryton Rider will help you achieve your goals for a much smaller investment. This bike computer will enable you to do everything you would expect from a typical budget-priced cycling computer – but it adds in smart Bluetooth connectivity and GPS. Plus, you can save your rides to apps such as Strava. The Bryton Rider 15 Neo is in fact a serious option for those wanting to start quantifying and analyzing data, and even compete in the virtual world – at a real bargain-basement price.

But How does the Bryton Rider 1 5 Neo Compare to the Garmin Edge 130 Plus?

Bryton has been around for ten years. They make absolutely nothing but cycling computers, so they are definitely laser focused! The Bryton Rider 15 Neo has a substantially larger screen, making it much easier to see while cycling fast and hard. The crisp black and white screen is easy to see even at night, when a good backlight kicks in.

Even more important for most users is the fact that the Bryton bike computer boasts substantially longer the battery life. But here’s the real kicker – the Bryton can be yours for much less than half the price of a Garmin Edge 130 Plus.

With the Bryton Rider 15 Neo, you can use the Bryton App, which connects the bike computer to your smartphone. Then, much like with the Wahoo bike computers, you can use your smartphone to set up your data feeds to match your own personal needs and preferences. Plus, you can start setting up training goals to help you focus your training efforts and improve your performance and faintness.

If you want to take your cycling to the level but you have a tight budget, we believe that the Bryton Rider 15 Neo is definitely the way to go! But if you have a lot of cash to spend and you want to have a bike computer that is part of the respected Garmin line, then consider the Garmin Edge 130 Plus. It’s cheaper than its bigger brothers, but it will get the job done just fine! 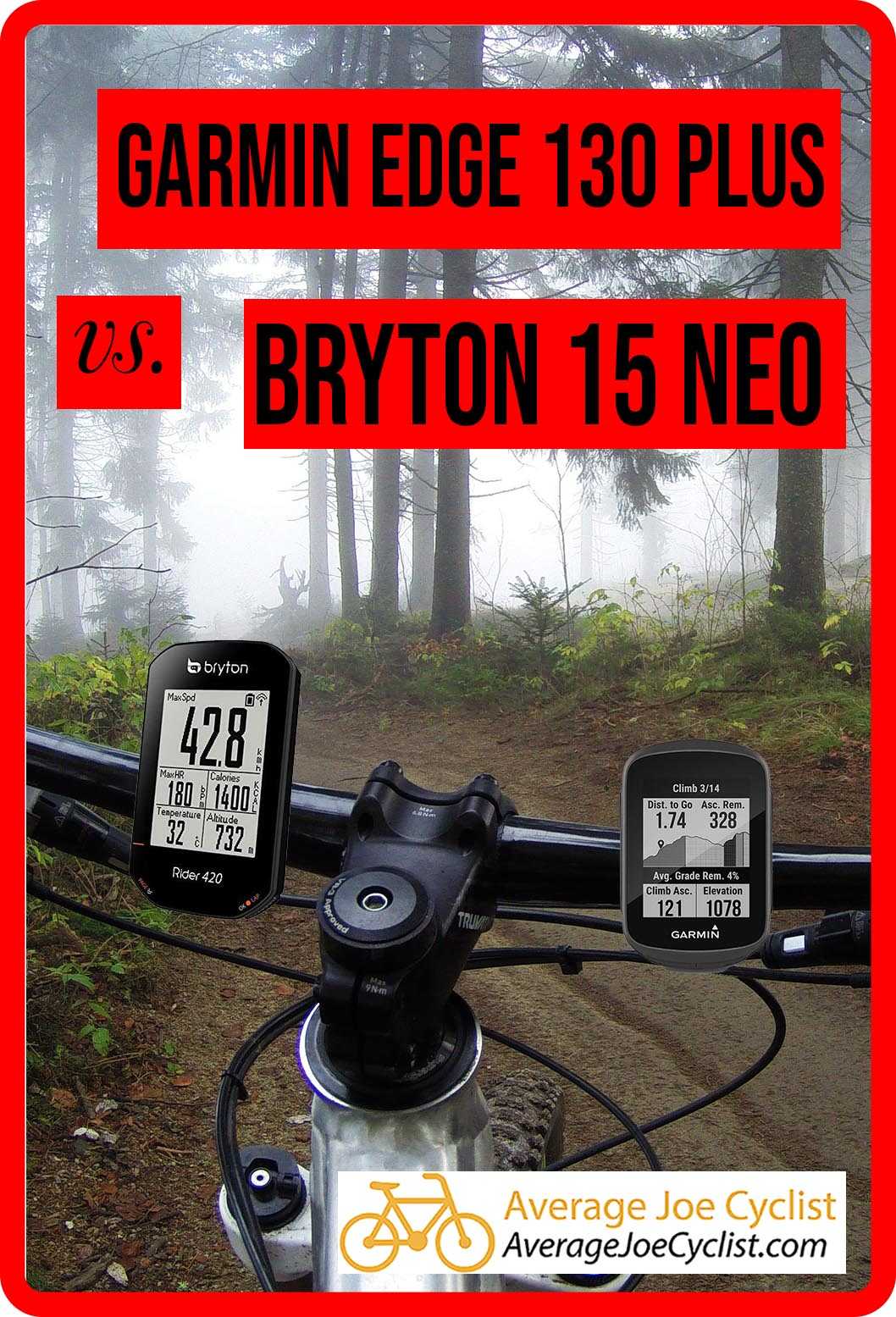