“Guys love cars. We know that. So we asked a lifelong chronicler of our national automotive obsession … to tell us why this is so – and always will be.”

In my previous post I commented on this statement from Men’s Health, and questioned why so many people love cars, even though cars routinely and mercilessly snuff out our lives. If we were truly logical beings, we’d react to cars like Sarah Connor reacted in Terminator 2 when she encountered Arnie – run like hell!

Still puzzled, I decided to actually read the article in Men’s Health and see if it would explain the mystery of why people (well, men at least) love cars, in defiance of all logic or survival instinct.

This is hilarious. So there were no men before 1914? Then how did the human race manage to reproduce for all those centuries with one sex missing?

And just how do cars create men? Presumably not on a slab in a lab, like Dr. Frank-N-Furter in the Rocky Horror Picture Show.

Nope, according to Men’s Health, the way in which cars makes men has something to do with asserting masculinity through technology, and being able to be in control of one’s “destiny.”

Mmm … I just don’t get the concept of asserting masculinity through technology. But I suspect it means deriving a sense of power from driving at insane speeds in technologically advanced cars. If so, I think that’s ridiculous. I feel powerful when I am able to cycle up a hill using my own muscle power – but any idiot can flex his ankle and use the horsepower of an engine to drive fast. This doesn’t make him masculine or powerful; it just means he knows how to flex his ankle. Big deal. Five-year-old girls in ballet classes can do this, and usually do it better.

“2. Our Cars Understand Us”

No they don’t. They don’t have a brain! The Men’s Health argument is that men are emotionally stunted, and so cars are the ideal things for them to be in a relationship with. Well, that’s just plain insulting to half the human race … but if someone, male or female, does happen to be emotionally stunted, but wants a relationship – well, that’s what dogs were invented for. And dogs don’t destroy the planet or kill people. 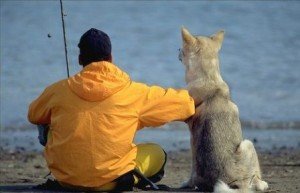 Having spent some years in my life driving a Mustang convertible, I am here to tell you that cars do not attract women – cars attract men! Never met more men in my life than while I was driving that Mustang.

So if luring men happens to be your aim, all well and good – but the idea that cars attract women is just a lie men made up to justify spending tens of thousands of dollars on a lump of steel. (And for the record – luring men was an unexpected and definitely unwanted side effect of my Mustang.)

And even if cars do lure some women, if a guy has nothing to offer but a car, he might get a date – but he’s unlikely to get much more than that.

“4. Our Cars Give us an Escape Route”

Presumably the author of this article has never driven in Vancouver at rush hour. (Or even at 3 o’clock on a Sunday afternoon.) When cars are moving at walking pace in gridlocked traffic, the only escape route consists in getting out of the car and running away screaming. (Or alternatively, driven over the edge of sanity by yet another traffic jam, to abandon the car and go on a killing spree, like Michael Douglas in Falling Down.)

Well, this article has not solved the mystery of why people love cars even though they kill us. Here’s a post that puts it in perspective – in fact, we have only had cars for about a hundred years, and before that, men found all kinds of other things to love. When cars DID arrive, most people – men included – hated and feared them, as I wrote about here. But then cars took over the roads, and the rest is polluted, horrific-accident-filled history …