The Manitoba courts apparently value a cyclist’s life at $2,500 – judging by a fine they recently handed down to a motorist who killed two cyclists.

Motorist Ian Gibbons of Brandon struck and killed two cyclists two years ago. The victims, Robert Joseph Carrier from BC and Daniel Hurtubise from Quebec, were attempting to raise money for diabetes research by cycling across Canada. Thanks to Gibbons, they never made it.

Gibbons was likely driving dangerously, as he was originally charged with dangerous driving causing death. However, the courts could not prove this, and Gibbons was able to plead to careless driving – which bought him the outrageously inadequate sanction of a $5,000 fine and loss of his driver’s license for three years. This is scarcely a wrist slap for slaughtering two stand-up guys who were out there trying to help others.

Oh, and it took the Manitoba courts a year to get around to charging the motorist. Apparently they had more important things to do than worry about two dead cyclists…

Yes, I’m angry. No, actually, I’m furious. How will motorists ever learn to respect the lives of cyclists when the courts send such clear messages that cyclists’ lives are worth close to nothing? (By the way, I think most motorists do respect our lives; it is the moronic, hate-filled minority of cyclophobes I am referring to. The ones who find it funny to buzz us and honk at us, and those who simply fail to see us because they are driving carelessly or dangerously.)

I wonder how seriously the US courts will take the death of 30-year-old Green Party Senate Candidate Natasha Pettigrew, killed while riding her bike in Maryland by a woman wielding an SUV? The driver in her giant Cadillac Escalade was so oblivious of the trifling existence of cyclists that she did not even bother to stop, and travelled home with Pettigrew’s bike lodged under her car. Am I the only person who sees something wrong with this picture? 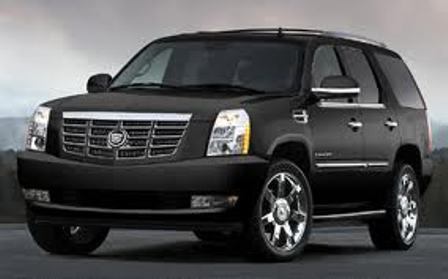 Actually, I’ll go further and say, no one needs a car, period. If this apparently short-sighted driver in Maryland had been on a bike herself, the worst that could have happened is a few bruises for both women! But no, she had to be not only in a car, but in a car so big that she could kill a woman and not even notice!

Once again, a fine, upstanding human being mown down by a dangerous or grossly careless motorist.

But … We can’t LIVE without our Cars!

I know that most motorists will tell you, with completely straight faces, that they not only need their cars, but actually they could not live without their cars! I do not know where this pervasive myth has sprung from. But it accounts for the bizarre fact that we choose to ignore the carnage that cars inflict on us.

And it’s not just cyclists, but also pedestrians who are mown down. And while cyclists and pedestrians are visibly more vulnerable to death-by-car, motorists are terrifyingly vulnerable as well; they too die like flies. Every year, around 3,000 Canadians die while driving their cars. Compare that to 152 Canadian soldiers who have died in the whole eight years we have been in the Afghanistan war zone.

But we as a society have decided to ignore death-by-car, choosing to see it as the inevitable price we pay for the cars we believe we cannot live without.

This even though we managed just fine without cars for 99.8% of our existence as humans. Read this post about the outrage that most people felt when cars DID eventually show up, and immediately started endangering people on the streets.

I know that giving up cars isn’t easy. If it was easy, I would have done it a long time ago! We have grown fat and lazy and insanely impatient, and so we are dependent on our cars. Still, I do think it is possible for most people, perhaps beginning with baby steps … such as biking to work one day a week.

Tell me what you think. Is it possible for us to get over our car addiction?

UPDATE: As of late November 2010, Nova Scotia is proposing legislation aimed at making the streets safer for cyclists, including introducing the one metre law. Hopefully this trend will spread through the provinces, so that the courts will begin to send messages that it is NOT open season on cyclists.