The CEO of Microsoft has come out in strong support of building safe cycling infrastructure – specifically, the proposed new East-West and North-South Cycle Superhighways in London. (Essentially, a pair of segregated bike lanes running through the center of London.) Microsoft employs 2,200 people in London alone. 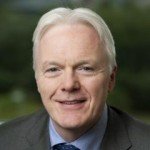 Microsoft CEO Michel Van Der Bel notes that more and more of their employees are choosing to bike to work, and Microsoft supports this in every way – including safe parking and showers and a Cycle to Work scheme. Way to go Microsoft!

Microsoft wants their employees to be safe as they cycle to work, and that’s why they are supporting the new superhighways. They note that other cities that have invested in segregated cycling infrastructure have seen dramatic increases in cycling and reductions in injuries.

In short, the “Cycle Superhighways are a vital step toward a safer and healthier city.”

Microsoft’s support echoes many other calls for London Mayor Boris Johnson to get moving on the proposals for Cycle Superhighways. The routes, which will run East-West from Tower Hill to Westbourne Terrace, and North-South from Kings Cross to Elephant and Castle, will be “substantially segregated” and will see road space reallocated to those on bikes, including one lane of the Westway flyover.

Support has been galvanized by the death of a 26-year-old woman cycling on one of the proposed routes. She collided with a left-turning lorry at Ludgate Circus. In April, Victor Manuel Ben Rodriguez died at the same place while on his way to a job interview. 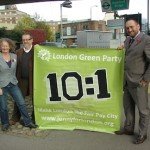 “We have had two fatalities at Ludgate Circus within the last year and a total of eight people killed or seriously injured since Boris Johnson was elected Mayor.

“Every cyclist death is an individual tragedy and I feel for their friends and relatives, but all of them add up to public scandal of neglect on our roads. We need to put a stop to deaths and serious injuries on our roads and the first step to doing this is to push through the plans for segregated cycle lanes.

“If the price of safer cycling is an increase in minor delays for motorists, then we should have no hesitation in creating Dutch style cycle lanes.”

“Bikes already make up 24 per cent of all rush-hour traffic in central London – hundreds of thousands of journeys every day that would otherwise be made by car or public transport. Because this isn’t just about cyclists. Getting more people on to their bikes will reduce pressure on the road, bus and rail networks, cut pollution, and improve life for everyone, whether or not they cycle themselves.”

In the meantime, the Canary Wharf Group of business leaders opposes the segregated cycle routes because they fear they will slow car journeys. On the other hand, polls show most Londoners support the routes, and even some businesses are now calling for safe roads for cyclists. 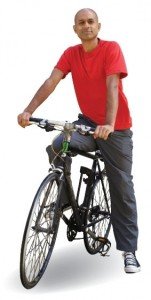 “In 2012, 10,000 LCC supporters took to the streets to call for streets that are as safe and inviting as they are in Holland. In response, the Mayor promised them that he would deliver all new cycle superhighways to best continental standards. We congratulate the Mayor on finally taking such a big step towards delivering on this promise. … We understand that … people will be concerned about congestion but it is going to be much more congested if we don’t get people on their bikes … we expect the Mayor to be able to crack on, on the basis of this mandate. … LCC is really pleased to see commitments to substantially reallocate carriageway space to ensure protected space for cycling – particularly on the east-west superhighway, where cyclists regularly make up almost half of traffic during the morning peak.”

A protest march is being held on 15 November in Bedford Square, London, organized by Stop the Killing (Create a Road Network Fit for Humans), calling for national action on road safety for adults and children who walk and cycle, as well as action on air pollution. Their Facebook page says:

“The staggering death toll and vast numbers maimed or living with terrible illnesses caused by traffic violence, whether from road collisions, traffic pollution, lack of access to physical exercise or climate-crisis emissions has got to stop.”

Travel for London (TfL) continues to be involved in  heated discussions about the plans.

London Mayor Boris Johnson has had a less than stellar career at City Hall. He is not an authentic supporter of separate bike lanes (he’s on record as saying that only beginner cyclists need them – that was before two people were killed at Ludgate Circus this year. I trust he has not said that to their families subsequently). Despite this strange position, Johnson might seek to leave some kind of mark by fast tracking the two high-profile bike superhighways so that they are completed before May 2016, when he is scheduled to step down. 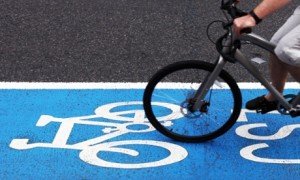 Activist pressure and the mayor’s political ambitions may win the day. However there is a lot of opposition, and much of it hinges around the fear that making space for bikes will take away space from cars. That’s what it always comes down to. The roads originally belonged to horses, bikes and pedestrians. Then cars came along, and pushed out everything else. Now we are witnessing (finally) pedestrians and bikes fighting back.

But it will be a long while yet before right triumphs over might.