This video explains why interval training is so effective.

However, interval training requires that you be systematic about alternating between periods of increased effort and less effort. Ideally you should find a quiet road or track to do interval training, because it can be hard to speed up if the route is very crowded.

The Myth of the Fat-Burning Zone

Why would you do intervals? Why not, for example, just keep doing an hour or more of comfortably paced riding? A lot of people think this is the best way to burn fat – get into your “fat-burning zone” and just stay there for as long as possible, getting fit along the way.

The “fat-burning zone” is one of the great myths of fitness training. In fact, any effort that boosts your calorie burn is going to lead to some fat burning – the only question is how long it will take you to achieve that calorie burn. The reality is that higher-intensity exercise will burn calories a lot faster.

Interval training is not about becoming a faster cyclist – although it certainly will build up your speed. It’s about cycling at a higher intensity. Most people cannot sustain high intensity for prolonged periods of time. So interval training gives you the ideal compromise: it enables you to incorporate short periods of high calorie burn into your workout. The overall effect is that you burn more calories in an hour than you would have done without intervals. As most of us are pressed for time, maximizing the value of that hour of working out is important.

It also means that after your workout, your metabolism is even higher because of the intense exercise, so you burn more calories for up to 12 hours after you finish your workout.

Interval Training Helps You to Get Fit Faster

Intervals do a lot more good than simply burning more calories. When I did my personal trainer certification, I was struck by the fact that there are a lot of contradictory research findings on the benefits of various kinds of exercise. However, it does seem to be clear that interval training is a faster way to getting fit. No matter who won the race, the hare was getting fitter faster!

It is also almost universally accepted that getting fitter requires variation. After the initial phase of adjusting to an hour of easy cycling, your body will adapt to that demand. It will then simply stop adapting, and stop getting any fitter. Intervals are an easy way to introduce variation, thus keeping your body “guessing” and adapting. They are also a way to put increasing demands on your body.

The Principle of Progressive Overload 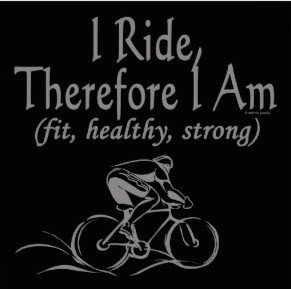 One of the great classical stories I heard as a child was the story of Milo of Croton. Milo became famous for his strength, but he was not born with super hero strength. He did not come from another planet, and he was not the son of a god. He was simply a boy who decided to carry a calf around every day. He did it every day, while the calf did what calves do – it got bigger. So every day, Milo was carrying more weight on his shoulders, until eventually, he was carrying a bull! Every day, his body adapted to the increasing demands he put on it. Every day he got stronger, until he was the strongest man in the world.

Progressive overload is a very simple principle, but it is a scientific fact that is every bit as true today as it was in ancient Greece. If you keep asking your body to do more, it will grow stronger and fitter to adapt to your demands.

There is overwhelming evidence that long-term, chronic stress (something that seems to be part and parcel of modern life) leads to weight gain. We all know about the fight or flight response. If you were in a forest being chased by a wolf, you would explode into action, either beating up the wolf or running away really fast. This action would be fueled by a release of glucose, and of amino acids from your muscles. Your explosive actions would trigger the release of testosterone and HGH (human growth hormone). Both of these promote muscle repair and draw on fat stores.

So (assuming you survived) the fighting and the running would promote the sort of slim, muscular body that would keep you alive a bit longer.

However, it seems our bodies don’t distinguish well between sudden acute stress and long term stress. If you are chronically stressed by your job or your finances or your commute, your flight or flight response still kicks in, but less intensely, and it sticks around for longer. It makes your body release adrenaline, noradrenaline and cortisol. This gets you ready to fight or run.

But if you just sit around in that meeting you were dreading, with all those hormones in your body, it does you no good at all. You have extra glucose and your muscles are releasing amino acids, but you are not doing anything with that fuel. Worse of all, you don’t do anything intensely physical, so you don’t get the restorative release of testosterone and HGH.

The advantage of interval training is that the intense bouts of exercise mimic that whole beating up the wolf or running away thing, and have the same positive effects on your body. Some people even think that long, slow exercise (like the tortoise did) makes the problem worse. So, paradoxically, those long, slow fat-burning sessions may actually make you fatter!

So the best way to get fit, burn calories, build muscle and combat stress is to incorporate some interval training into your workouts.

I also recommend one day per week when you do about 40 minutes of cross training (optional). Ideally at this stage, that would be a weight training session. Alternatively, as in Phase 1, just incorporate one session of any kind of cross training, such as yoga or swimming.

You will cycle 3 times a week. One of the rides will be at a steady, easy pace, just like in Phase 1. If you can, increase your time to 1 hour 15 minutes for this ride. The other 2 rides will include some interval training.

Two of the Weekly Rides Should Include Interval Training

To start your interval training (and discover that it is not difficult or scary at all), just cycle for one hour, twice a week, as follows.

To remind yourself of the exercise zones, see my post on how to monitor your training intensity. Or just refer to the table below.

And that’s it! Really easy, right? But once you start doing this, you will have started doing interval training, and you are on your way to using your workouts to best advantage to really get fit (and lose weight too, if that is one of your goals).

You are going to be putting in more effort in future. But for now, relax and enjoy these challenging-but-not-hard workouts. This is enough to start interval training! You are setting the basis for some serious fitness training.

Repeat these workouts three times a week for at least two weeks, and preferably three or four weeks.

After that, you will be ready to progress to Phase 3 of the Beginner Cyclist Training Plan. You can read about that here. 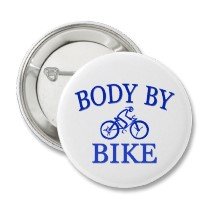